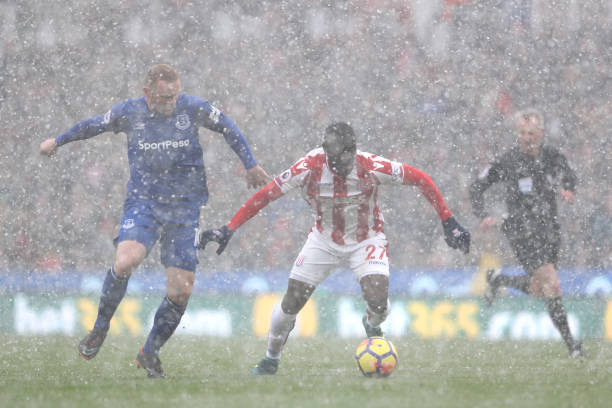 Stoke City star midfielder Badou Ndiaye is pushing for a move back to the Turkish Super Lig champions Galatasaray.

The Senegal international only made the move from Gala to Stoke City in January however, the box-to-box midfielder wants out following the Potters relegation.

According to a report in the Turkish newspaper Fanatik, Diaye has held talks with Galatasaray manager Fatih Terim. Per the source, Terim wants Ndiaye to push for a move to the Istanbul giants this summer.

The report states that Galatasaray have so far been unable to strike a deal with the Potters and want Ndiaye to ask Stoke City officials for a move back to Turkey.

However, Galatasaray are only willing to sign Ndiaye on a loan deal. This may seen as an undesirable option by Stoke City who signed Ndiaye for £14 million six months ago.

The Istanbul based club are being closely monitored by UEFA for Financial Fair play and were served a fine just last month.