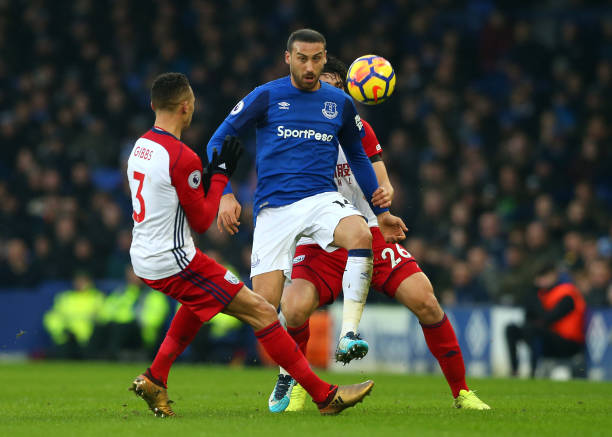 Everton were beaten 1-0 by Porto in the Algarve Cup on Sunday in Portugal.

Toffees boss Marco Silva made nine changes from the side that faced Lille the previous day, only goalkeeper Maarten Stekelenburg and Sandro Ramirez kept their place in the starting lineup.

The 27-year-old is in the midst of his first pre-season for Everton since joining from Besiktas in January.

We took a look at how Everton fans reacted to Tosun’s display on social media.

Thoughts on Cenk Tosun being a bang on starter up front for Everton? #FPL

Is pretty nailed on ?

23′- Oh Cenk Tosun, so unlucky. Looping cross in from Coleman which is controlled first time on the stretch by Tosun, smashes it on the half volley & hits the post. Had Casillas beaten

You just get the impression that Cenk Tosun is just loving being at Everton ! ⚽️?#EFC

What a touch from Cenk Tosun, attempts a shot on goal and hits the post.

What a move from Cenk! ?

Expecting a big season from Cenk Tosun. He looks like the real deal.

Sorry folks but i dont understand the Cenk Tosun blind faith in him. If Calvert Lewin had put in some of his performances ive seen he’d be hounded out the club

Everton will take on Blackburn Rovers in their next pre-season friendly on Wednesday.