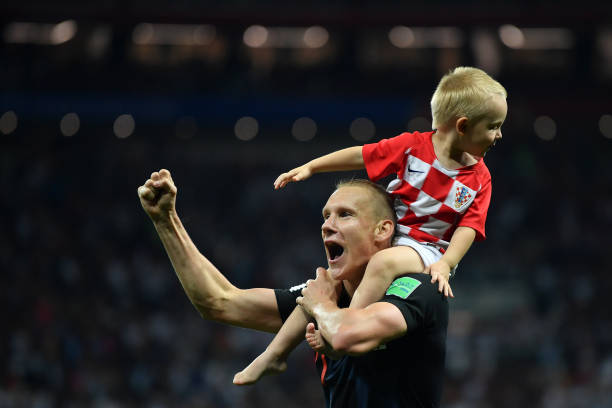 Croatia take on England on Friday evening in the UEFA Nations League at the HNK Rijeka Stadium in Zagreb.

The game will be played in an empty stadium other than the media, FA Officials, UEFA staff and stadium workers.

It will be the first time England have played a game behind closed doors because of UEFA sanctions against the home side.

Lovren and Vida were first-choice centre-backs in the World Cup for the Croatia side that reached the final.

Vida had been in impressive form for Besiktas this season until his sending off in the last league game against Konyaspor.

The 29-year-old received a red card for handling the ball in the penalty area in what was his first sending off this season.

Lovren meanwhile sparked controversy after echoing the thoughts of his manager Jurgen Klopp about the Nations League format.

“I agree with Klopp, the Nations League is a ridiculous competition,” he said (via Goal).

“There is no sense in playing these games. It’s not a real competition that you have to win.

“You can call these games whatever you want, but the fact is they are friendly games!”

Lovren has struggled for playing time at Liverpool this season due to injury and his replacement Joe Gomez being in form.

The defender has made just two appearances for the Liverpool this season.