Everton striker Cenk Tosun has released his first photo to the public following his knee operation.

The Turkey international’s six-month loan deal with Crystal Palace was cut short after suffering a knee ligament injury during training with the London based club.

READ: Turkey ban fans from all football games due to Coronavirus fears until end of April

The 29-year-old is expected to miss Euro 2020, depending on whether the competition goes ahead this summer.

Everton signed Tosun from Besiktas for £27 million back in January 2018.

Tosun broke his silence on social media by sharing a photo on Instagram stories of himself in crutches. 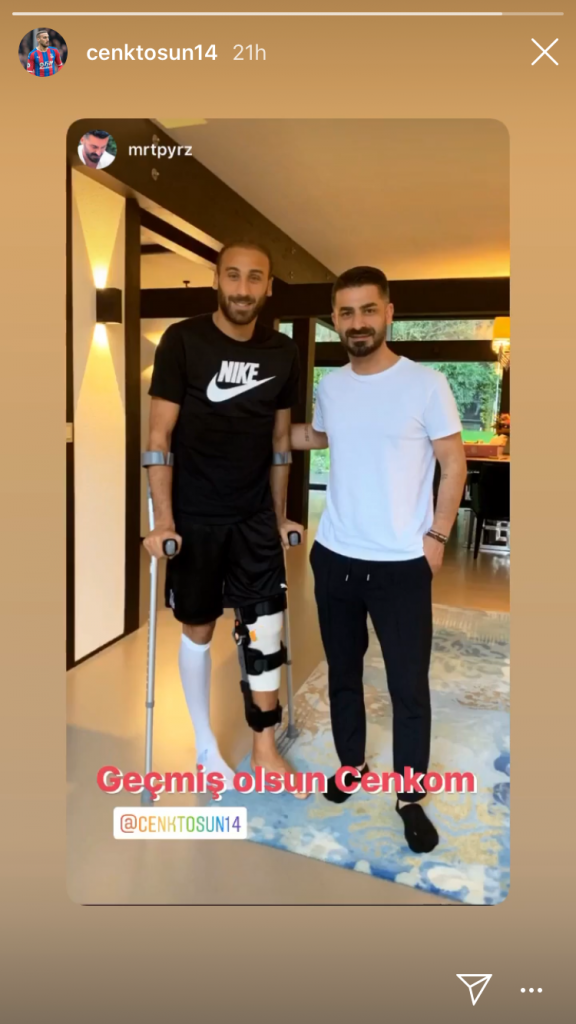 Cenk Tosun has provided three assists and score two goals in 13 appearances in all competitions this season.

The Turkey international made a positive start to his Crystal Palace spell with a goal against Manchester City.

The Premier League has been put on hold due to the spread of the Coronavirus in recent weeks.