Torreira was forced off during Arsenal’s 2-0 FA Cup win over Portsmouth after suffered a broken ankle in the first half.

The Uruguay international is set for a lengthy spell on the sidelines.

Ozil took to Instagram to share a photo of himself beside Torrera and included the caption, “Get well soon Lucas Torreira. Come back stronger.” 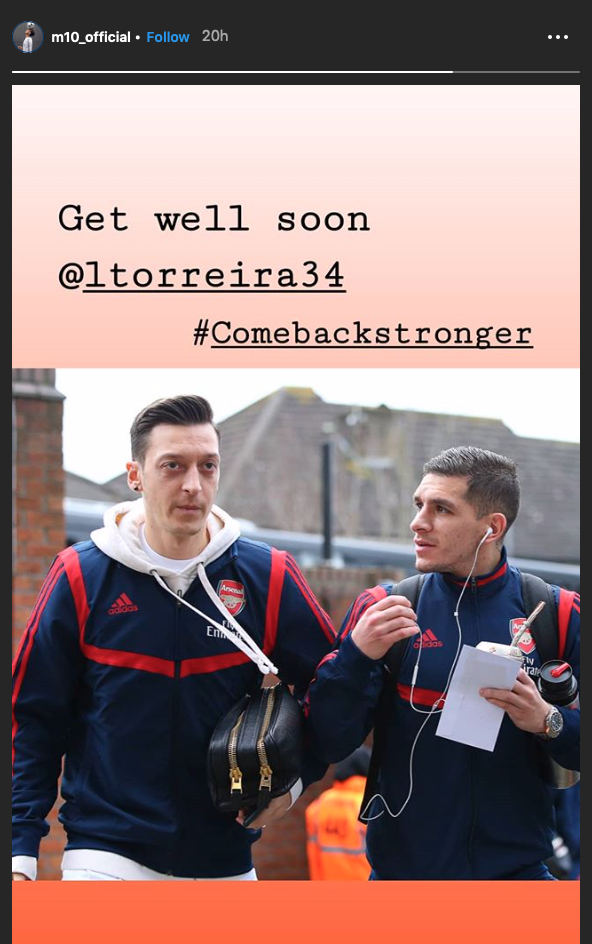 Torreira has been an important part of Mikel Arteta’s plans this season and has made a total of 24 Premier League appearances for the Gunners.

Arsenal are back in action this weekend when they take on London rivals West Ham United.

Arteta’s side is unbeaten in 2020 so far, however, a defeat on Saturday could see them drop down to 13th spot in the table.

Ozil was rested for the FA Cup 5th Round clash against Portsmouth but could be back in the starting lineup against the Hammers – he should make the squad at least.

West Ham meanwhile could find themselves in the relegation zone if they fail to win this weekend.