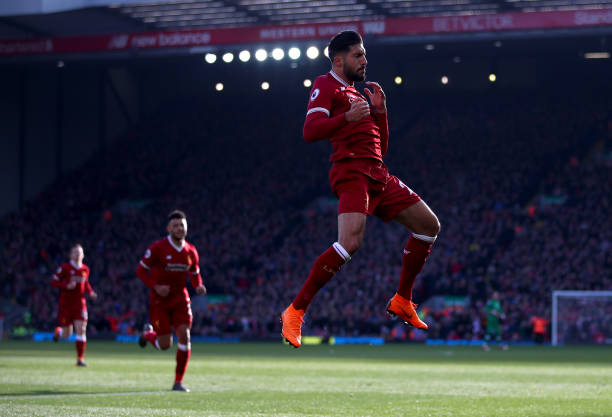 Liverpool star Emre Can has responded to reports that he has agreed a deal with Juventus.

Reports in the Italian press have been pushing the message that Can has a deal with the Italian giants which is being kept quiet as he want to disrupt himself at such a critical stage in the season.

The midfielder of Turkish origin has however, denied any deal being in place.

In fact Can said his agent has blocked all talks.

“Of course I have to think about my footballing future,” Can was reported as saying for the Liverpool Echo.

“I haven’t signed for any other club, I’m just focused on this season. We want to finish in second place in the Premier League, we’re in the Champions League quarter-finals and we want to progress. That’s all I’m focused on now.

“My agent has blocked all the negotiations, I’m thinking only of football.”

See More: ‘Better He Plays The More It Hurts’ – Liverpool Fans Single Out Star Midfielder For Praise After Porto Display & Urge Him To Stay

The latest development will be welcomed by Liverpool but does not necessarily mean they will get Can to stay beyond the end of the season.

The 24-year-old will become a free agent this summer unless he extends his contract.

Nobody is safe with Emre Can​ around ?@LFC #UCL pic.twitter.com/87eLjSR9H1

The Liverpool star may not have agreed with any other club but he has not reached an agreement with Liverpool either.

Reds boss Jurgen Klopp has kept Can on as a first-choice midfielder despite growing concern over his future.

The latest developments to however, give Liverpool a chance of keeping him on at Anfield.

The midfielder has been in great form, scoring a career-high six goals this season as well as providing five assists in 35 appearances for the Reds.