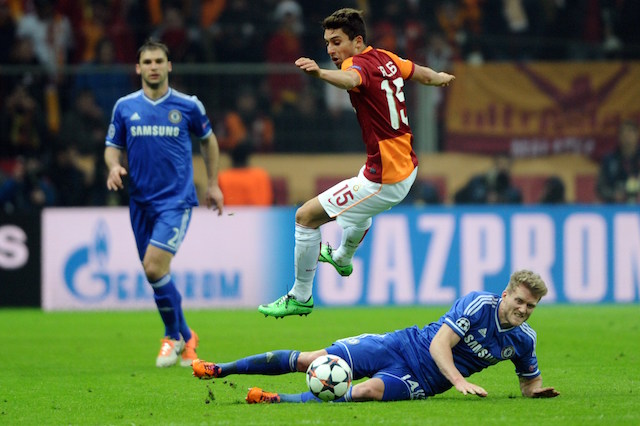 Telles was closely linked with a move to the Blues according to the Sky Italia reporter Gianluca Di Marzio but Otto has denied any official contract from the club.

“I have not received any offer. He is happy in Istanbul, he loves the city and so do his family but in football you never know what can happen, maybe some clubs have made contact but not in an official capacity,” Otto told Radyospor.

Otto also stated that he expects Telles to stay at Galatasaray this season despite interest from England and Italy.

“Telles grew up with Roberto Mancini, it is normal for him to want the player. But I believe that in the end he will stay at Galatasaray, he feels like an integral part of the club,” he added.

“At the weekend he will be playing against Inter and I think he will play really well.”

Telles joined Galatasaray on a €6 million transfer from Gremio last January and was part of the double winning side. The young Brazilian provided a total of two goals and three assists in 56 games for the Lions last season.

Galatasaray booked a place in the Champions League for the fourth consecutive season after winning the league title for a record 20th time.

The 22-year-old will be the Lions first choice left-back should he remain at Galatasaray over the summer transfer window.