Alexander Sorloth has completed his move from Crystal Palace to Trabzonspor on a two-year loan deal with an option to extend by an additional two seasons.

Trabzonspor revealed on the Public Disclosure Forum (KAP) that Sorloth will earn €1.5m for the 2019-20 season and the same amount for the following campaign. 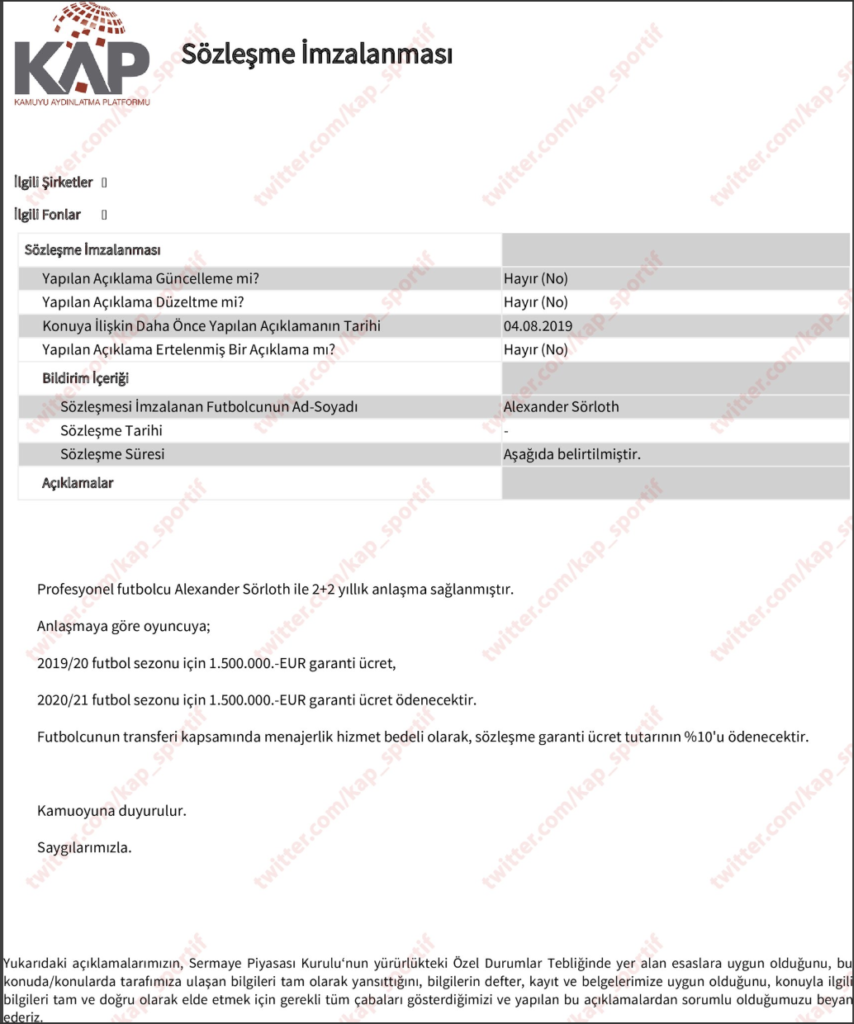 The Black Sea based outfit held talks with Sorloth until midnight according to Trabzonspor president Ahmet Agaoglu.

“We held talks until midnight with Alexander,” Agaoglu revealed at his signing ceremony today.

“I want to thank Crystal Palace and his agent who really worked with us to make sure this transfer was completed.”

Sorloth has an unlikely connection to Turkey, his sister was born in Bursa and his father played for Bursaspor 25 years ago.

The Norway international arrived in Trabzon on Friday and was greeted by a large crowd of fans who welcomed him.

The 1.95m tall striker failed to score a single goal in the Premier League last season playing just 173 minutes of football in the top-tier making a total of 12 appearances.

The powerful striker spent the second half of last season on loan at Belgium outfit Gent where he scored a total of five goals and provided three assists.