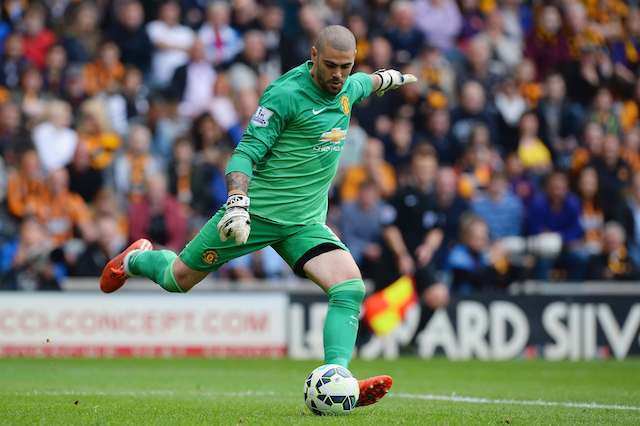 Antalyaspor target Victor Valdes could be nearing a move away from Manchester United after he was omitted from the squad which will tour America.

The news comes amid quotes from the former Barcelona players agent insisting that Valdes doesn’t want to leave Old Trafford this summer and instead wants to see out the remaining year of his contract while fighting for a first-team place.

“I’ve been contacted by a series of individuals from Turkey to negotiate a move for Victor,” Carvajal told AS.com.

“But I haven’t spoken with the president of the Turkish club in question. I don’t know him. I have no plans to talk with them again as my player has no interest in a move to Antalyaspor.

“His only wishes are to remain at Manchester United and he has another year left on his contract. We don’t see any reason for him to leave the club.

“United are amongst the top two or three best teams in the world. Victor is keen to fight for a place next season and wants to help the club as much as he can.”

Vades joined United on a free transfer in January as he recovered from a cruciate knee ligament injury suffered towards the end of his Barcelona career. The Spain international has only made two appearances for the Red Devils.

Antalyaspor were promoted to top-tier football at the end of last season but have embarked on an ambitious transfer policy. The Scorpions recently completed the transfer of Samuel Eto’o to the club.

Valdes has won almost everything there is to win in club and international football including the La Liga, Champions League, World Cup and European Championship.