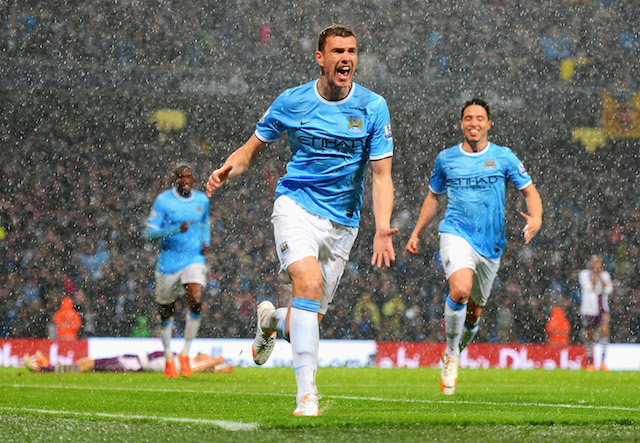 Besiktas are interested in signing the Bosnia international striker Eden Dzeko according to the Turkish newspaper Milliyet.

The report states that the Black Eagles are drawing up a shortlist in-case their star striker Mario Gomez leaves the club over the summer transfer window.

Milliyet go onto state that Dzeko is high up on the list and that he is available for approximately €10 million.

Both Arsenal and Liverpool have been linked with moves for the Bosnia international over the past season. Dzeko also reportedly turned down a move to Liverpool at the beginning of the season.

Dzeko will have big boots to fill if he does make the switch to Besiktas. Their current striker Gomez has s in great form for Besiktas having scored 26 times this season and surpassing the all time record for goals scored in a league campaign which stood at 21.