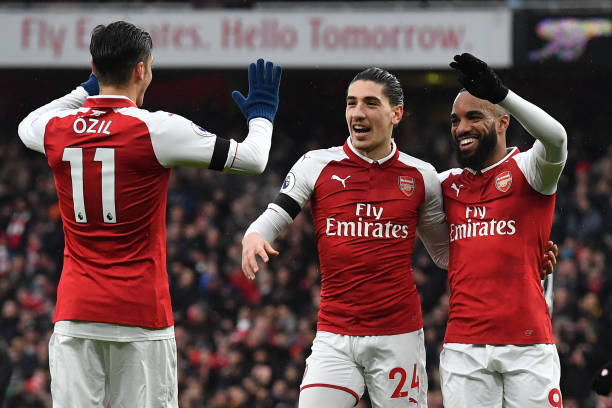 Arsenal boss Unai Emery has had his say regarding Mesut Ozil’s performance against Cardiff City on Sunday.

The Gunners recorded their second win of the season but made hard work of the newly promoted side. Unai Emery’s sided needed a late Alexander Lacazette goal to register a 3-2 win over Cardiff.

Ozil was a surprise inclusion in Emery’s starting eleven after missing last weekend’s encounter due to an illness.

The 29-year-old played an important role in Arsenal’s victory and was substituted off after .84 minutes.

“I give every player the same condition and every player is very important,” Emery stated at the post-match press conference.

“I think today in the second half he played a good match, he worked every minute he was on the pitch.

“Maybe in the second half when we had more control with the ball and in possession, with his position on the pitch I think he feels better.”

Arsenal are back in action after the international on September 15 against Newcastle United.

Ozil has made three appearances for the Gunners this season but is yet to register a goal or assist.