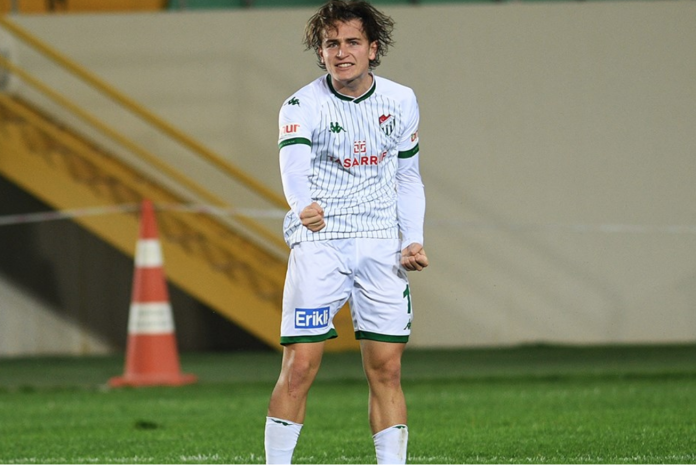 Bursaspor wonderkid Ali Akman has revealed his future plans after being linked with several clubs over the January transfer window.

The Daily Mail reported that Arsenal and Chelsea are interested in the 18-year-old striker.

Celikler said: “I’m going to tell you the transfer story of the year.

“Ali Akman is at Manchester City.

“He is very close to signing, what they do with him I do not know, you know they tend to loan out young players.”

The young striker gave his suitors outside Turkey a message after responding to the latest transfer speculation.

Akman revealed that he plans to move directly to Europe and has no intention of moving to another Turkish side.

“God willing we can keep our form until the end of the season,” Akman was reported as saying by Turkish football.

“The ship is nearing the harbor. We have a great team spirit and everyone is working together and competing to get us back to where we return.

“I want to keep developing myself to reach top level. I believe in myself and feel I have potential. Football is everything to me.

“I do not want to move to another Turkish club, when I leave it will be direct to a top European league.”

His aim is to see out the rest of the season at Bursaspor and play in a top European league.

The problem is that if Akman stays until the end of the season the cash-strapped Green-Whites could lose him as a free agent.

The Turkey U21 international has under six-months remaining on his contract and has yet to sign a new deal.

Bursaspor could earn a transfer fee if they were to sell him in January.

Akman has, however, been in great form for Bursaspor who are 7th in the TFF 1. Lig – eight points off the leaders.

Should he stay it could help the former Super Lig champions achieve promotion to the top tier.

The striker has 10 goals and four assists in 19 appearances for Bursaspor in all competitions this season.