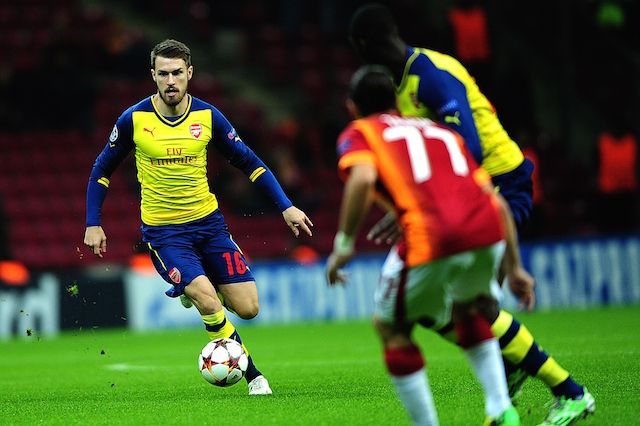 Arsenal could be forced into selling their star midfielder Aaron Ramsey this summer due to the clubs latest contract dealings.

The north London based club made major changes to their wage structure in January. The alterations saw Ozil pen a new £350,000 per-week deal and the arrivals of Pierre-Emerick Aubameyang and Henrikh Mkhitaryan.

However, the Daily Mail states that the latest round of massive contracts could cause issues when negotiating fresh terms with the likes of Aaron Ramsey.

The Wales international Ramsey is a key member of Arsene Wenger’s side but has entered the final 18 months of his contract at the Emirates.

Per the source, there is growing anxiety around the club that Ozil’s bumper new deal could derail contract talks with Ramsey.

Both Ramsey and Ozil played a starring role for Arsenal during their 5-1 win over Everton last weekend. The Duo could be back in action on Saturday when the Gunners take on their biter rivals Tottenham.