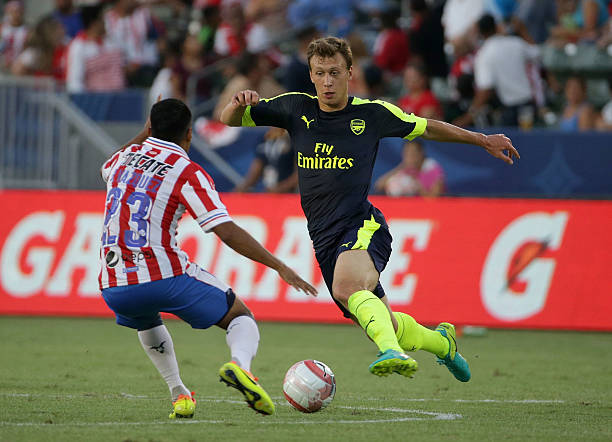 Galatasaray are plotting a move for Arsenal defender Krystian Bielik according to the Takvim newspaper.

The Lions would be able to offer the 20-year-old Champions League football next season but face competition from Birmingham City.

Bielik has spent the last two seasons out on loan at Walsall and Birmingham.

Galatasaray have made signing a new defender a priority, the Lions hoped Manchester City’s Jason Denayer would return on loan but he has yet to make a decision.

Bielik has been identified as an alternative to the Belgium centre-back.

The Polish defender, 20, struggled to break into the Arsenal first-team under the stewardship of Arsene Wenger after being signed from Legia Warsaw for £2.5million just over three years ago.

Back in February Bielik claimed to have reached a ceiling in the Arsenal academy.

“In the Arsenal youth team I have long felt that I have reached a level and will not go higher,” Bielik told Przeglad Sportowy.

“I have to play in the first team – regardless of [whether it is] League One, the Premier League or the Dutch league.

“There was interest from several clubs, but the injury closed many doors.

“I wanted to play in a first team in England. I would go to the Championship but, because of the injury, the clubs did not want to risk me.”

It remains to be seen what plans Unai Emery has for the youngster.