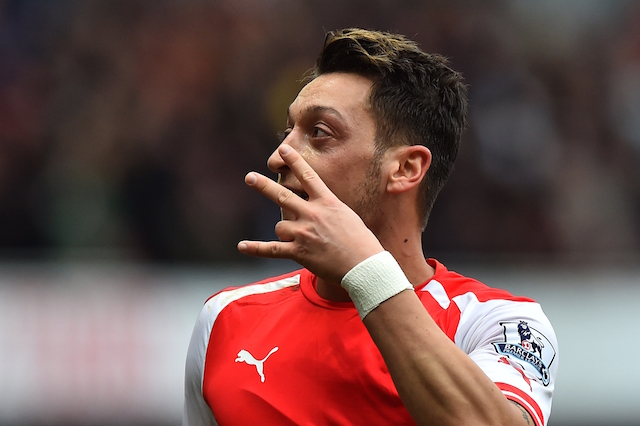 The Gunner’s managed to recorded a 1-0 victory over the Magpies in Özil’s absence with the games only goal coming from Alex Oxlade Chamberlain.

The 26-year-old joins Jack Wilshere, Danny Welbeck, Per Mertesacker and Tomas Rosicky on the sidelines.

Özil has one assist to his name this season. The 26-year-old setup a goal and played a starring role in the Gunners 2-1 win over Crystal Palace at Selhurst Park.

Özil had started in all of Arsenal’s games this season until picking up his injury.

We headed over to twitter after news of Özil’s injury broke to see how Arsenal fans reacted:

No Ozil in the starting lineup pic.twitter.com/8Hm8SnhZLU

Me looking at arsenals line up and ozil isn't on pic.twitter.com/4DdZNnmBJU

FFS OZIL INJURED WHAT EVEN IS LIFE

Last time Ozil was out with a "slight" knee injury he was out for 3 months in the end.Lets hope its just a niggle.