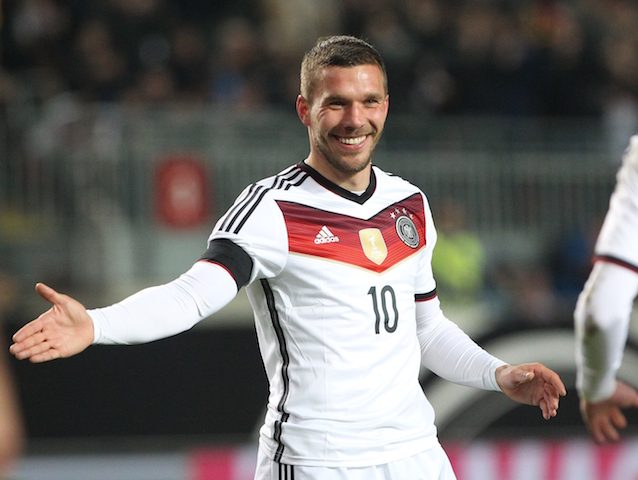 Lukas Podolski is expected to put pen to paper on a three-year deal with Galatasaray.

The Germany international will undergo a medical examination with the Istanbul giants and sign a contract with the Lion’s during a contract signing ceremony scheduled at 12:00 (GMT) according to LigTV.

Galatasaray have released a statement to the Istanbul stock exchange yesterday evening confirming that talks are underway between themselves and Podolski.

Podolski has been on holiday in Antalya, Turkey for the past week. The former Bayern Munich player who has a year remaining on his contract with Arsenal, had an unsuccessful spell with the Serie A giants scoring just one league goal.

The 30-year-old won the World Cup with Germany last season and wants regular first team football to keep his place in the national team side.

Podolski scored three goals in 12 appearances for Arsenal last season. The Arsenal forward has scored 48 goals in a 125 international appearances.