Turkish Football
Home Arsenal Arsenal given transfer boost in pursuit of Turkish wonder-kid who has been...
Facebook
Twitter

Trabzonspor are reported to be plotting a move for Ryad Boudebouz according to Fotomac.

Per the source, the Black Sea based outfit are planning to replace Yusuf Yazici who has attracted widespread interest from across Europe.

The latest development will serve as a boost for Arsenal and Manchester United who have been targeting the 20-year-old according to Turkish-Football.

The Gunners are reported to be planning a squad overhaul over the summer.

See More: Arsenal join Man United in race for £8m wonder-kid who has been involved in 14 goals in 15 games

The North London based outfit could face competition from Manchester United who have also been scouting the youngster.

Yazici is now represented by Mesut Ozil’s agent Dr Erkut Sogut after he reached an agreement with his agent Ahmet Cebeci. 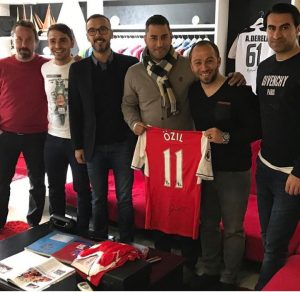 The Turkish under-21 international has been in brilliant form for Trabzonspor.

Yazici has directly been involved in 15 goals in 16 games this season – 10 goals and five assists.

Trabzonspor have lost just one game in which Yazici has started this season, winning eight of their last 11 league games in which he has featured.