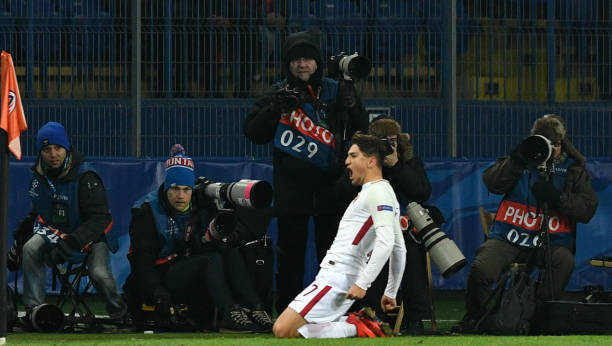 Arsenal scouts were monitoring Cengiz Under during AS Roma’s win over Torino on Saturday.

A source close to the player has revealed to Turkish-Football that Arsenal scouts have been present at Roma’s games since December.

The I Giallorossi registered a 3-2 victory to move up into fourth place in the Serie A table.

However, unfortunately for the travelling Arsenal scouts, Cengiz Under was taken off after just six minutes.

The Turkey international suffered a hamstring injury which will keep him on the sidelines for at least a month. Under will miss AS Roma’s UEFA Champions League clash against FC Porto.

Under has been linked with a move away from Roma after contract talks stalled. The 21-year-old is currently one of Roma’s lowest paid senior players. The Italian side has reportedly placed a £50 million price tag on Under.

AS Roma are back in action on Sunday when they take on an in-form Atlanta side who have won three of their last five games.