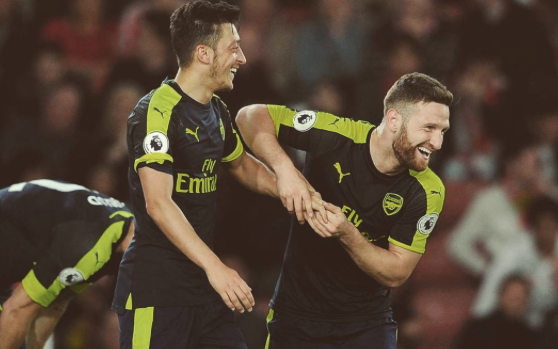 Arsenal star playmaker Mesut Ozil is looking for a move away from the Emirates this summer according to reports.

Spanish publication Don Balon claim that Ozil is ‘desperate‘ to leave the Gunners and join Barcelona.

Per the source, Ozil has instructed his representatives to make the move happen before the end of the transfer window.

The 28-year-old has under 12-months remaining on his contract with Arsenal and is yet to agree a new deal.

However, Ozil has recently signalled that he is happy at Arsenal and that he wants to stay.

See More: ‘No Sanchez, No Ozil, No Koscielny No Problem’ – Arsenal fans react on Twitter to beating Chelsea without star players

The Germany international missed Arsenal’s win over Chelsea on Sunday due to an ankle injury. Ozil is also a doubt going into this week’s clash with Leicester City.