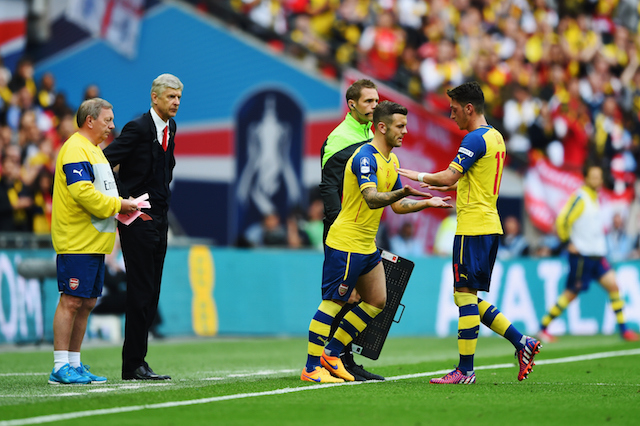 Arsenal star Jack Wilshere looks to be headed for a summer exit this window.

Antalyaspor became the latest club to be linked with move for the England intentional after club president Ali Safak Ozturk confirmed making an enquiry and entering talks.

The Scorpions are set for a second round of talks with Wilshere next week in a bid to convince the midfielder into making the move according to Turkish sports newspaper Fanatik.

Wilshere is demanding €4 million per-season but Antalyaspor want the 25-year-old to consider a lower wage packet.

The Super Lig outfit will also have to agree a transfer fee with the Gunners.

Antalyaspor manager Riza Calimbay is keen on the transfer and would guarantee the midfielder a first team role next season.

Wilshere has just under 12 months remaining on his contract and Antalyaspor will be demanding Arsenal accept a fee below their valuation as a result.

The ambitious Mediterranean based club also have Samuel Eto’o and former Tottenham midfielder Sando on their books.