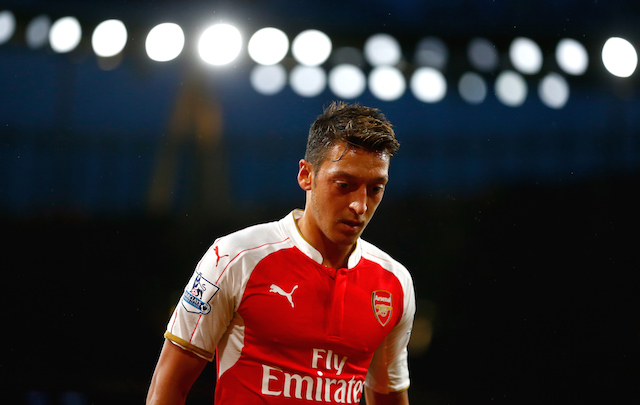 Germany became the third successive World Cup reigning champions to be eliminated in the group stages after Spain in 2014 and Italy in 2010 after suffering a shock 2-0 defeat against South Korea in their final Group F game.

Arsenal star Mesut Ozil was heavily criticised afterwards as he has been throughout the tournament.

Any Arsenal fan who says Ozil is world class you have my permisson to slap them with a wet fish.

Will this man go missing again as Arsenal fans can attest to? Mesut Ozil has plenty to prove today after being recalled by #GER. #WorldCup pic.twitter.com/dlJpDPUpnj

Just as in the first game the stats showed that the playmaker of Turkish origin was not as bad as some have made out.

In fact Ozil created seven chances against South Korea from open play which is more than any other player in the 2018 World Cup in the single game.

The only problem was his teammates failed to convert any of the chances created.

The 29-year-old also completed the highest number of successful dribbles and made 94 passed with 85 percent accuracy.