Mesut Özil has posted pictures on his Twitter and Instagram of his recovery from a knee injury sustained in Arsenal’s defeat against Chelsea. 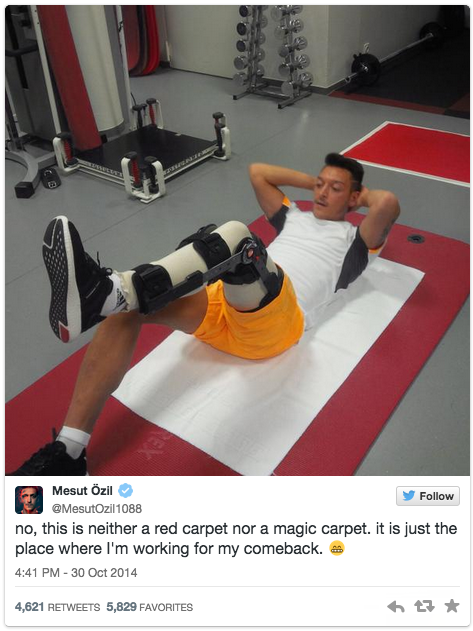 The Germany international posted a picture of his leg in a brace as he did sit-ups in the gym with the caption, “No, this is neither a red carpet nor a magic carpet. it is just the place where I’m working for my comeback.” 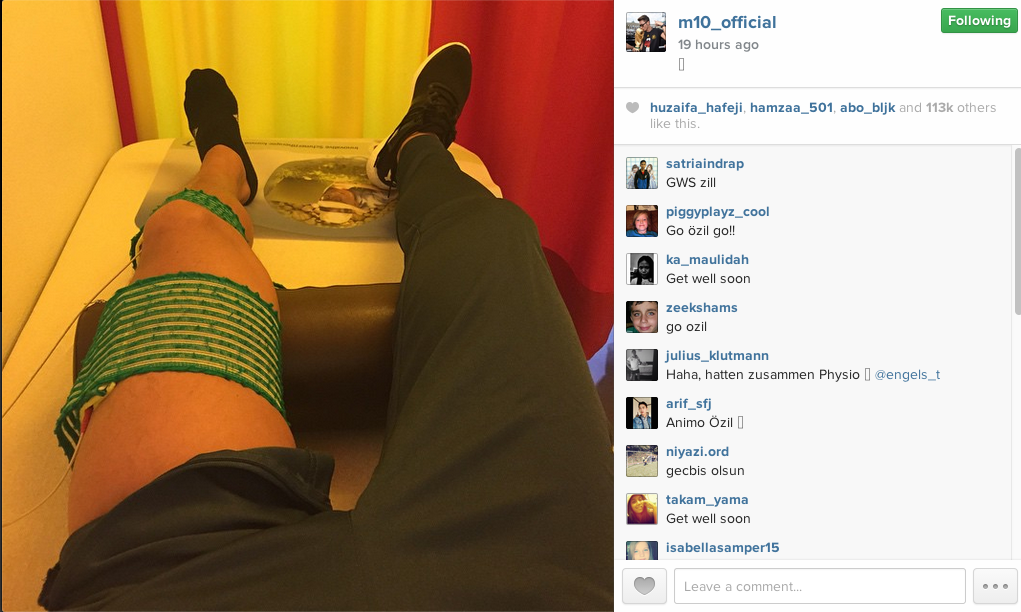 Özil also posted a picture on Instagram with his knee strapped up.

The 26-year-old playmaker has made nine appearances for Arsenal this season but came under fire from sections of the press following a string of poor performances.

Özil joined Arsenal in September 2013 from Real Madrid for £42.5 million.