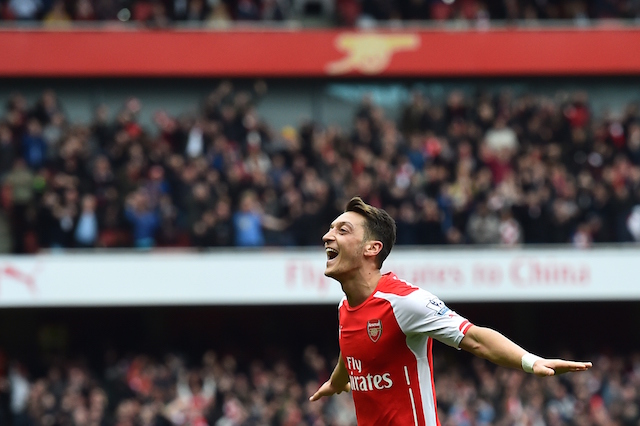 Mesut Ozil has won the PFA Fans’ Player of the Month for November after a string of impressive displays in the Premier League.

The 27-year-old has been in exceptional form recently and provided his 12th assist for the season for Arsenal’s opening goal against Sunderland on the weekend.

Ozil received a rating of 8.5 from WhoScored making him the man of the match made five key passes and took 122 touches on the ball during the game.

The Germany international has scored four goals and provided 12 assists in 20 appearances for Arsenal this season.

Ozil is expected to once again start for Arsenal in their crucial UEFA Champions League clash with Olympiakos tonight. The North London based side take on the Olympiakos at the Karaiskakis Stadium at 19:45 (GMT).

The Gunners need to win the game by a two goal margin if they are to qualify to the next round of the competition.