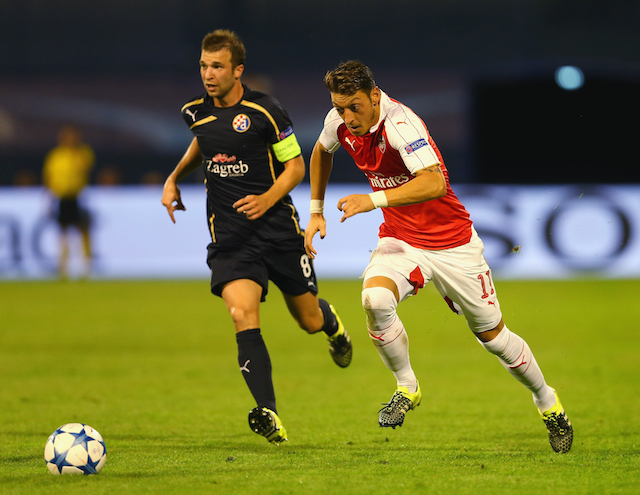 Mesut Ozil has stated that while he enjoys playing in a deeper midfield role, he prefers the number ten role.

The Arsenal playmaker played in an unusually deep midfield role during Germany’s 4-1 victory over Italy.

However, when asked whether this might be a permanent role for him, Ozil said that was up to the Germany national team manager Joachim Low.

“You’d have to ask him, he calls the shots,” Ozil told Kicker (via ESPN).

“I have played on that position for Real Madrid a couple of times, and I have now also shown I can play there.

The 27-year-old played a staring role in Germany’s win over Italy and got himself on the scoresheet after converting from the penalty spot.

Ozil has 19 assists and seven goals in 38 appearances for Arsenal in all competitions this season.