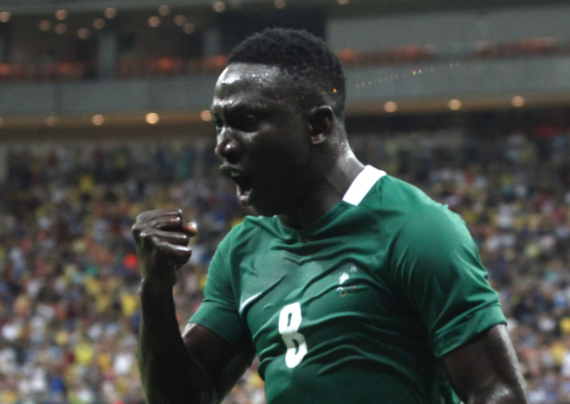 Nigeria international Oghenekaro Etebo is attracting widespread interest from across Europe according to a source close to the central midfielder.

Nicknamed the ‘new Paul Pogba’ [Goal], Etebo will have just 12 months remaining on his contract at the end of the season but has yet to extend his deal.

Etebo’s representatives have been in direct talks with Turkish and Germany clubs.

Turkish league giants Fenerbahce are among the clubs that have been in negotiations but no official offers have been made.

Turkish-Football recently reported that Fenerbahce representatives flew out to meet with Etebo and held a meeting in the Crowne Plaza Hotel in London.

”So many teams are interested in Etebo, but no offer has been made yet,” Etebo’s rep told allnigeriasoccer.com.

”His contract with CD Feirense will end next June and he has not been offered a new one. I have been contacted by agents representing Turkish and German clubs.

”Fenerbahce is not one of the clubs involved and we have not been officially approached by any team from England.”

The 21-year-old has been scouted by several Premier League sides according to the source.

Arsenal, Manchester United, West Brom and Leicester City have all been keeping tabs this season.

The Sun also recently reported that both Arsenal are also interested in the 21-year-old midfielder.