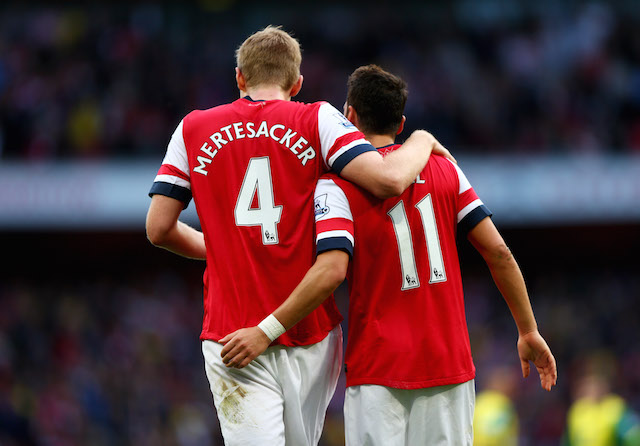 Arsenal manager Arsene Wenger will be without star playmaker Mesut Ozil going into the Liverpool clash after the Germany international of Turkish origin failed to recover from injury according to Goal.

Per the source, Ozil has been ruled out of Saturday’s game due to illness.

Ozil was sent home from training on Thursday after coming down with an illness, he also missed training on Friday.

The 28-year-old has been advised to recover from the flu and is expected to return for the Champions League last-16 clash against Bayern Munich mid-week.

The Gunners star has however, been well enough to promote his biography via social media.

Ozil’s book is set to be released on March 16 and extracts from the literary work have already started being leaked in the German press.

The out-of-form playmaker has not scored since 10 December 2016 but he has managed to keep his place as a first-team player.

The absence of Ozil could end up being a major blow to Wenger’s plans as he will be forced to find a replacement No. 10. Alex Iwobi or Alex Oxlade-Chamberlain could be drafted in as a replacement.

Despite coming under fire for a dip in form Ozil has still netted a total of nine goals and eights assists in all competitions this season.

A common criticism aimed at Ozil is that he is lazy. The stats show another story. The playmaker has actually covered more ground on average (10.49 per game) than the likes of Alexis Sanchez.

In other Arsenal team news Aaron Ramsey has returned to training after a length injury. Laurent Kocielny is back in contention and could replace Gabriel Paulista.