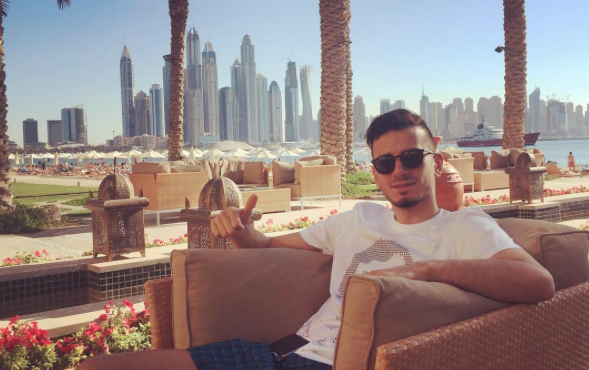 West Ham have joined Arsenal and Tottenham in the race to sign Besiktas midfielder Oguzhan Ozyakup.

A source close to Besiktas revealed to Turkish-Football that the Hammers have joined Arsenal and Tottenham in becoming the latest club to express an interest in Ozyakup.

West Ham boss Slaven Bilic is no stranger to Ozyakup having coached him for two seasons during his time in charge of Besiktas.

See More: For More Oguzhan Ozyakup news and everything else on the Besiktas star

Since Bilic’s departure the Black Eagles have gone onto lift back-to-back league titles with Ozyakup playing a key role in the championship winning side.

Ozyakup has just over 12 months remaining on his contract but sources close to Besiktas claim he has been offered a lucrative five-year extension.

The Istanbul giants would however, still consider offers that match their £13 million valuation.

Besiktas president Fikret Orman is open to the idea of selling Ozyakup but only to the right club.

Orman made it clear that he would only sell the Turkish international to a major European club.

The club president angered Leicester City fans after underlining that he would not let the 24-year-old join a club like the Foxes so it remains to be seen whether he would accept an offer from the Hammers.

“We will sell players if we receive the right offers,” Orman was quoted as saying by Turkish-Football.

“We have not received the right offer yet for Oguzhan and as I have said before he will only join a club of the highest level club.

“I would not for example sell him to Leicester City.

“I want him to play at the highest level.”

Considering Tottenham will play Champions League football and the fact that Arsenal are a high profile club we doubt Orman would have much of a problem letting Ozykaup leave for either club.

Ozyakup rose through the Gunners ranks, winning the Youth FA Cup in 2009 alongside Jack Wilshere and Francis Coquelin before leaving for Besiktas in 2012.

The 24-year-old has gone onto become a star player for the Black Eagles, winning two league titles.

The Turkish international has made no secret of the fact he would consider a return to North London.

“I have plans to play in Europe,” Ozyakup was quoted as saying by beIN Sport Turkey.

“I was born in Holland and developed in England at the best academy in the world.

“I trained with the best and want to relive my time at Arsenal again.”

However, considering Spurs have Champions League football this season and have been involved in the title race for the past two seasons they may just have a shot at pulling off a controversial move.