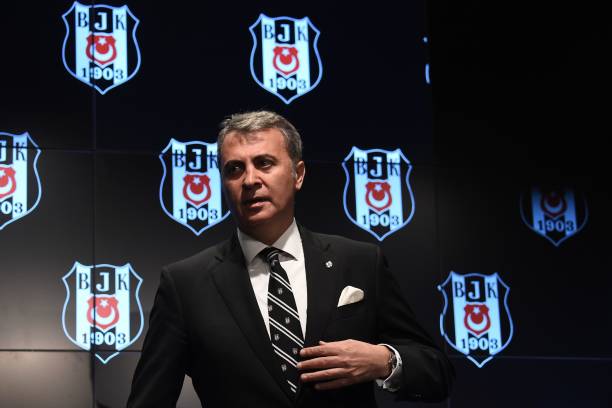 Besiktas manager Senol Gunes has broken his silence over the future of Arsenal target Domagoj Vida.

Gunes revealed that as far as he knows Vida is happy at Besiktas.

The head coach painted a confused picture hinting the club want to sell but that the player would rather stay.

Gunes also thought that the transfer situation is being exaggerated and that as far as he knows the club have not received a formal offer.

“Vida is currently part of the team and told me he is happy here,” Gunes said at his pre-match press conference ahead on the LASK Linz clash.

“The transfer is not just about the club, the view of the player has to be taken into account as well.

“I think the transfer situation is being exaggerated and as far as I know there is not a formal offer.”

Despite the latest comments made by Gunes, Turkish-Football confirmed earlier today that Fikret Orman has traveled to London along with the transfer committee.

The board have made it clear they are prepared to sell Vida for the right price.

The Standard reported today that the Gunners are weighing up a £26.9m move for the World Cup finalist.

Vida does have another four-years remaining on his contract after signing on a free transfer from Dynamo Kiev in January.

Arsenal have until tomorrow to complete the move as the transfer window will end at 17:00 GMT.