Ba scored both goals in the Black Eagles 2-1 over Partizan in the Europa League Group C game on November 6 2014.

The first goal came as result of a penalty won by teammate Gökhan Töre.

The second goal came as result of a breakneck counter-attack. Oğuzhan Özyakup received the ball in his own half and showed great vision and passing technique to spot Töre’s forward run. The 22-year-old winger burst forwards and assisted Ba with his second of the evening. 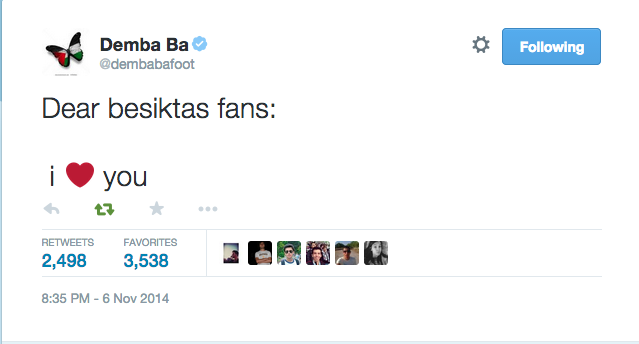 The 29-year-old striker had nine goals and three assists in all competitions for the Blues last season.

Ba already has nine goals and two assists for Beşiktaş this season.