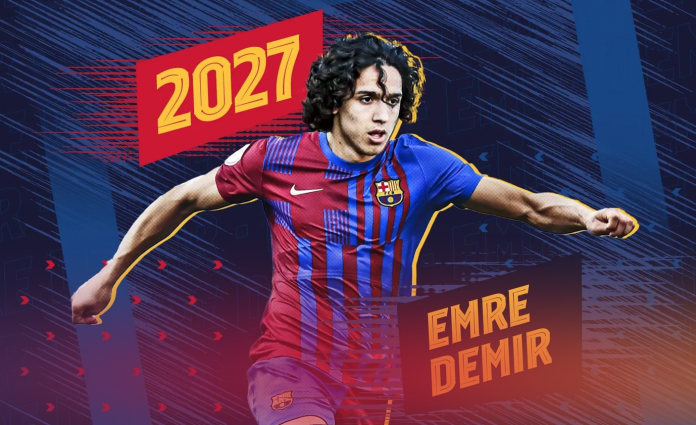 The club revealed on the official Barcelona website that the contract runs until 30 June 2027.

Demir will stay at Kayserispor this season where he has been a first team regular since last season.

The 1.75m tall attacking midfielder became the youngest goalscorer in the Super Lig when he found the back of the net aged 16.

He ended up scoring three goals in 31 appearances for Kayserispor last term.

Demir will join the Barca B side when he joins the club next summer.

The youngster has played for Turkey at U15 to U17 level and has been called up to the U21 side.

Turkish football has seen a boom in young talent being snapped up by European sides over recent years.

Kayserispor sold 18-year-old Dogan Alemdar to Rennes over the summer for a €3.5m fee and the Super Lig side will retain a percentage of the player’s future transfer fee.