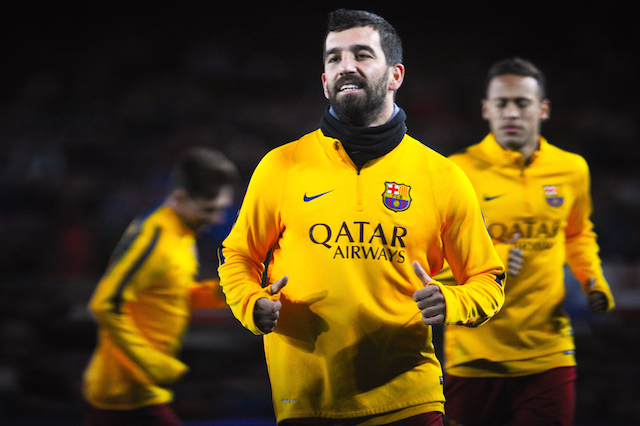 Arda Turan knows all about Atletico Madrid having left the Rojiblancos for Barcelona over the summer transfer window.

Turan joined Atleti from Galatasaray in 2012 and established himself as a star player following the appointment of Diego Simeone.

The bearded winger knows exactly what to expect from his former team and is expecting a very difficult game.

Turan told Barca TV: “Playing Atletico Madrid is always difficult it does not matter who comes or leaves they have a system that is as effective defensively as it is going forward.

“Alter are a team that always deserves respect but we will do everything to get the three points.”

Atleti have not beat Barcelona in the league since 2010 but Turan was part of the side that knocked Barca out of the 2014 Champions League.

The Turkish international winger has made six appearances for Barcelona since making his debut in the Spanish Cup against Espanyol – missing just one game due to having the flu.

The reigning La Liga champions have won all seven games since Turan made his debut – he has however, featured in every league game.