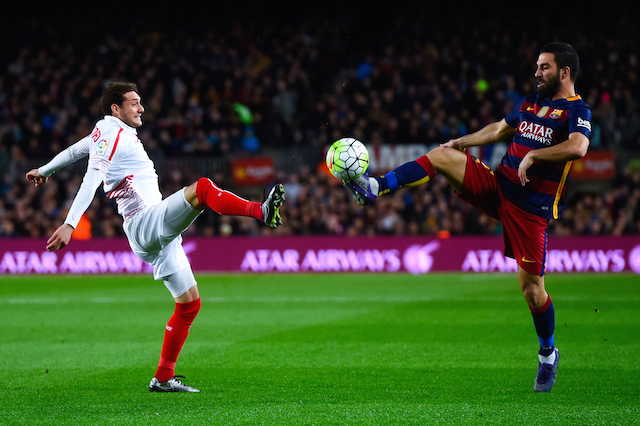 Barcelona are back in La Liga action today and take on an out-of-form Valencia at the Camp Nou.

Luis Enrique’s side pulled off a miracle in the UEFA Champions league however, dropped points in the league against Deportivo just five days later.

Barce find themselves five points behind league leaders Real Madrid but can cut the point gap down to two.

Luis Enrique will be unable to call upon Aleix Vidal who is sidelined for the remainder of the season due to an ankle injury. Defender Jeremy Mathieu has also been ruled out.

Neymar returns to the fold after missing his side’s defeat to Deportivo.

See More: (Video) Salt Bae has made its way to Barcelona thanks to Neymar

No Barcelona players are serving suspensions this weekend. However, Lionel Messi and Gerard Pique are just one yellow card away from picking up a one game ban.

Interestingly, Turkey international Arda Turan has been left out of Barcelona’s match day squad. The 30-year-old failed to impress last weekend when he started against Deportivo.