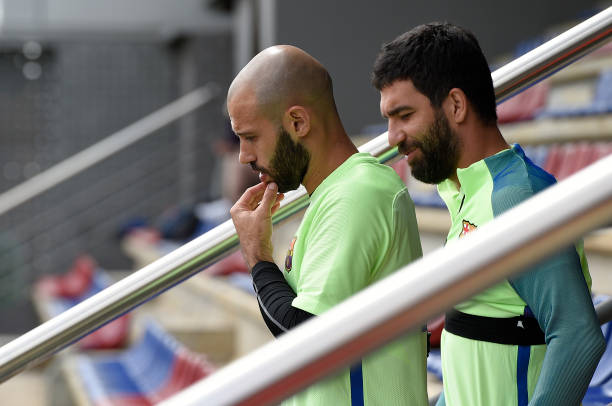 Barcelona have not given up hope of signing Arsenal star Mesut Ozil according to the Daily Star.

Per the source, Barcelona want a part-exchange deal that would see Arda Turan move to Arsenal for free in return for Ozil.

Turan has fallen out of favour with Barcelona boss Ernesto Valverde and has yet to make a single appearance this season.

The Gunners playmaker has under 12 months remaining on his contract but Arsenal want £30 million for their star man in January.

The North London based outfit are not keen on selling Ozil but have been unwilling to pay the £350,000-a-week wages he wants in return for a new deal.

Barcelona are also reported to be unwilling to match his wage demands.

Manchester United have also been closely linked with the 29-year-old who is in red hot form.

Ozil provided two assists and scored inside four minutes in the 5-0 win over Huddersfield mid-week.

The playmaker was man of the match in the previous game he started in the North London derby against Tottenham.

Ozil is expected to start for Arsenal against Manchester United in the Premier League over the weekend.