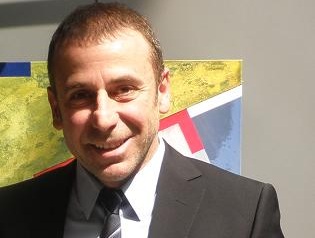 Galatasaray were humiliated 4-0 by Başakşehir at the Fatih Terim stadium.

Cesare Prandelli picked a back-four that had never played together before before of the game. Hakan Balta replaced the injured Semih Kaya while Koray Günter filled in for Chedjou. Tarık Çamdal and Veysel Sarı started as fullbacks.

Marcio Mossoro scored the first goal for Başakşehir on 16, followed by Semih Şentürk four minutes later. Mossoro scored his brace after half-time and Doka wrapped up the fourt goal on 76 minutes.

Başakşehir exploited Galatasaray’s lack of defensive synergy, the Lions organisation was poor and Hakan Balta as well as Tarık Çamdal had games they would rather forget.

Galatasaray also lost 4-0 against Borussia Dortmund mid-week in the Champions League. The Lions have now scored eight goals in their last two games.

Despite the loss Galatasaray remain in joint second place on 13 points alongside Fenerbahçe, Akhisar and Mersin.

Başakşehir remain unbeaten in the league this season and moved up into seventh place following the win.