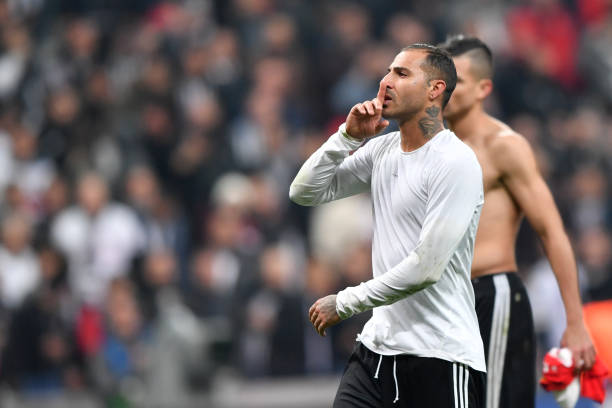 Besiktas beat Alanyaspor 2-1 at the Vodafone Park Stadium on Monday to keep their slim hopes of winning the Super Lig alive.

Adem Llajic opened the scoring on 11 minutes for Besiktas.

The Black Eagles looked in cruise control and really should have increased their lead but it was Alanyaspor who ended up equalising just before the half-time whistle after an own-goal by Caner Erkin.

Ricardo Quaresma saved the day for the home side with a wonderful strike from outside the penalty area on 55 minutes.

The Black-Whites are still mathematically still in the title race after closing the gap with Galatasaray and Basaksehir who are tied at the top of the table to just four points with two games remaining.

At this stage lifting the title would take a near miracle but a runners-up spot that would guarantee Champions League football is still on the cards.

Besiktas face a tricky test away to 4th placed Trabzonspor next.