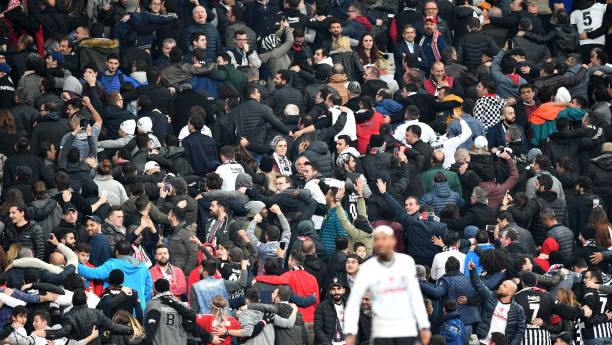 Besiktas beat Goztepe 2-1 at the Vodafone Park Stadium in the Super Lig on Thursday to close the gap with 4th places Fenerbahce to just one point.

The visitors ended up taking the lead on three minutes when Cherif Ndiaye put the Izmir based side ahead.

Cyle Larin managed to equalise for Besiktas on 31 minutes and Rachid Ghezzal scored the winner on 60 minutes.

The Black Eagles have turned around their fortunes since parting ways with former manager Sergen Yalcin.

The Black-Whites are currently coached by caretaker manager Onder Karaveli

Besiktas have now gone three league games without a defeat, winning two of their last three games under the stewardship of Karaveli.

The Besiktas board have yet to find a replacement for Yalcin and it seems that Karaveli could stay in charge of the team for the near future.

The Istanbul giants are currently 7th on 28 points but are just one point off a top four spot. Fenerbahce, Adana Demirspor and Hatayspor are all tied on 29 points.

Besiktas return to action on Monday 27 December away to Konyaspor who are currently second in the league.