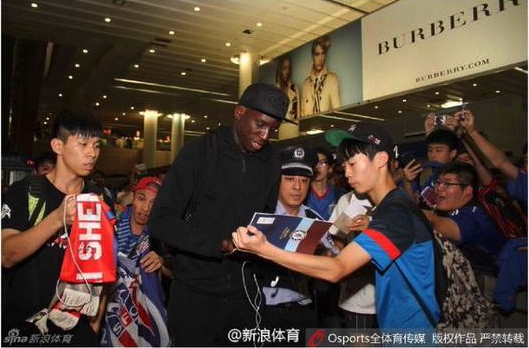 Beşiktaş have released a statement on the stock exchange that Demba Ba is in talks with Chinese giants Shanghai Shenhua.

The statement read: “Shanghai Shenhua are in talks with Demba Ba.”

See More:
Three reasons Arda Turan would be a success at Chelsea
Enes Unal predicted his move to Manchester City three years ago

Süper Lig clubs generally release statements of this nature as a formality before disclosing the completion of the transfer.

The Chinese giants are reported to have reached an agreement for a €14 million transfer on a €7 million per-season salary.

The Senegalese international has arrived in China to finalise talks, undergo a medical and sign with Shenhua.

The move has come as a surprise as Ba was rumoured to be holding out for a Premier League return. Ba recently stated that he would consider a move back to England if an offer was made and the Times linked West Ham with the former Hammers striker.