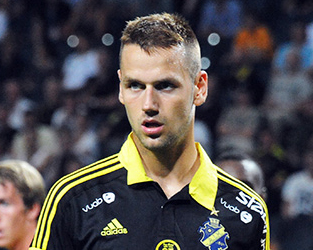 Milosevic expected to return to training in 2 weeks [divider]

Beşiktaş defender Alexander Milosevic is expected to return to training after two weeks according to team doctor Ertuğrul Karanlık.

“Milosevic was operated on two weeks ago, he will start light training in two weeks,” Karanlık told the official Beşiktaş website.

The Swedish international of Serbian origin joined Beşiktaş from AIK in January but broke his foot soon after during training.

Milosovic was ruled out of the Europa League Round of 32 tie against Liverpool as a result.

The powerful defender of Serbian origin created two assists and scored three goals in 28 appearances for AIK this season before his move to Turkey.

Slaven Bilic is facing a defensive crisis ahead of the Europa League Round of 32 second leg tie against Liverpool.

First choice centre back Ersan Gülüm is out suspended and is expected to be replaced by the inexperienced 21-year-old defender Atınç Nukan.

Left-back Ramon Motta is also suspended, Bilic will play Ismail Koybaşı in his place if he recovers in time or he will be forced to play central midfielder Atiba Hutchinson as a make shift fullback.