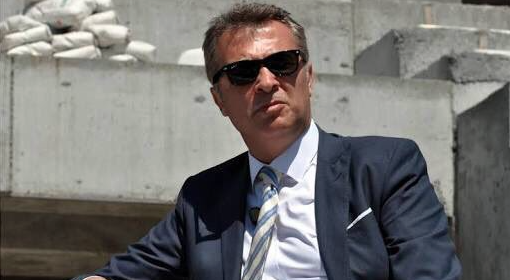 Besiktas take on Dynamo Kiev in the Champions League Group B Match Day 6 clash hoping to make history in becoming the first Turkish side to avoid defeat in the group stages and book a place in the Last 16 for the first time.

The Black Eagles have never progressed past the group stages but a win would guarantee them a place in the next round while a draw could also see them progress if Napoli beat Benfica in Portugal.

Besiktas are currently third in Group B on seven points alongside Benfica who are ahead on goal difference, Napoli meanwhile are first on eight points.

The Black Eagles go into the game missing Anderson Talisca, Rhodolfo and Caner Erkin but have the depth and quality to cope with the absentees.

Senol Gunes is renowned for making surprise changes going into big games and started with Kerim Frei against Fenerbahce in the Istanbul derby last week.

Gunes is almost certain to start with Atiba Hutchinson in central midfield but who will join him sweeping up ahead of the centre-backs remains a mystery. Gokhan Inler would be the logical choice but Gunes has other options which he has used.

Tolgay Arslan or Oguzhan Ozyakup will start in midfield deployed with pulling the creative strings. Ricardo Quaresma is also a near certainty to start on the wing. Aboubakar was rested against Fenerbahce and has saved his best for the Champions League this season but Cenk Tosun has also been performing well up front – although he could also start out wide.

Kiev have nothing to play for going into Match Day 6, the Ukrainian giants are out of the Champions League and can’t book a place in the Europa League either.

Head coach Sergei Rebrov faces an important decision over whether he fields a full strength team or focuses on the league instead – where incidentally his side are doing well having gone 12 games without defeat.

Rebrov will be without Tymchyk (suspended), Danilo Silva (knee), Fedorchuk (muscle problem) and Garmash, Korzun as well as Vida will be suspended if they pick up another booking which may result in all three being rested.

Kiev have nothing but pride to play for while Besiktas have the chance to make history. The Black Eagles have a huge opportunity and a coach who has a record of getting the job done in knock out competitions. Gunes guided Turkey to third place in World Cup 2002 and Besiktas are on a 20 match unbeaten run.