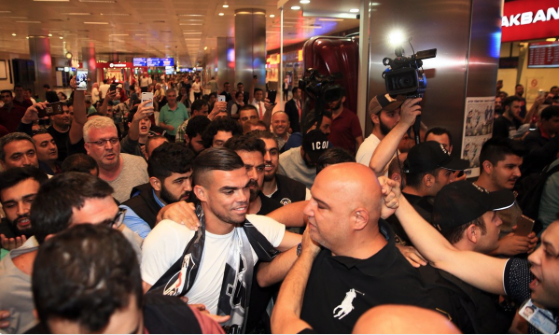 Besiktas take on Genclerbirligi at the Vodafone Park Stadium on Saturday knowing that a win could take them top of the table – albeit briefly should Galatasaray beat Konyaspor on Sunday.

The Black Eagles will be able to catch up with Basaksehir who lost 4-1 to Alanyaspor on Friday if they do go onto win.

The Istanbul giants will have to do so without star defender Pepe and winger Ricardo Quaresma who are suspended and injured, respectively.

Quaresma is suspended for another five game but Pepe is set to return sooner.

Both players were out against Trabzonspor but Besiktas coped remarkably well, crushing the Black Sea based side 2-0 on the road.

The reigning Super Lig champions have looked unstoppable of late and do have the likes of in form winger Ryan Babel, Anderson Talisca, Tolgay Arslan and Alvaro Negredo to call on.

Besiktas wil have to be careful that Caner Erkin, Oğuzhan Özyakup, Tolgay Arslan, Adriano Correia and Gary Medel do not pick up a yellow card as it would rule them out of the Basaksehir derby game next week.