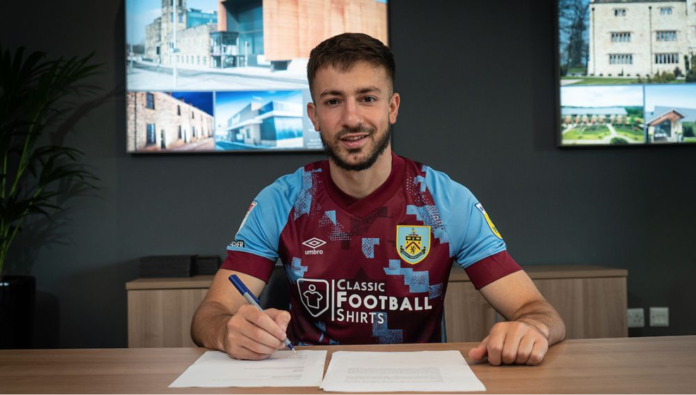 Dervisoglu joined Brentford from Sparta Rotterdam in 2019 after making 60 appearances for the Dutch side.

The Turkey international spent the last two seasons out on loan at Eredivisie outfit FC Twente followed by a season and a half at Super Lig outfit Galatasaray.

Dervisoglu was born in Rotterdam and was eligible to play for either Netherlands or Turkey at international level but decided to represent the Crescent Stars.

The 22-year-old played for Turkey at youth level, before receiving his first call-up to the senior side in May 2021 and was included in the Euro 2020 squad.

Dervisoglu has six goals in 13 caps for the national side.

After joining Burnley Dervisoglu said: “I’m very happy to be here and excited. It’s a big club and I have had a very warm welcome from everybody.

“I spoke with the manager, and he told me about the project here, I can’t wait to be a part of it.”

Manager Vincent Kompany said: “We would like to thank Brentford for allowing us take Halil on loan for the season.

“He’s a naturally gifted Turkish international, who has an instinct to score goals and will give his all to help the team this season.”

Dervisoglu still has two-years remaining on his Brentford contract.