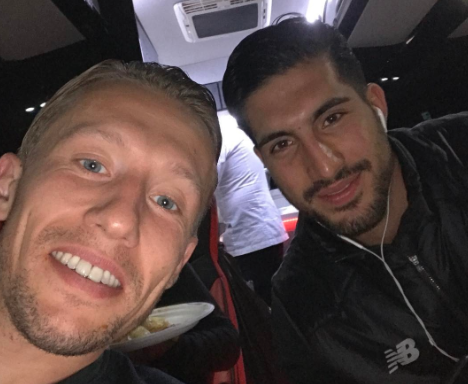 Per the source, Hughton wants to bring in players who are ready to play Premier League football.

Brighton would be able to sign Lucas as a free agent but could face competition from Turkey.

Galatasaray are also interested in signing Lucas but have been unable to agree a wage packet with Lucas.

Turkish sports newspaper Fanatik reported that Lucas is demanding £10 million over three-seasons, including a sign on bonus.

The Lions have made it clear that they want Lucas to sign but only if he accepts a lower pay packet.

The Brazilian midfielder has revealed that he is still committed to Liverpool but will have to leave if he has not been offered a new deal by the end of the season.

Lucas, who has been at Liverpool for 10 years, said: “There is no doubt about my commitment to Liverpool, I just need to wait until the end of the season, work hard and make a decision together with the club.

“If the time comes for me to go somewhere else I think I will leave with the feeling that I did everything i could.”

Lucas is the longest serving member of the current Liverpool squad having spent the last 10 years at the club.

The experienced midfielder has made a total of 334 appearances for the Reds since joining from Gremio in 2007.

Lucas recently picked up the Special Recognition award at Anfield for his services to the club.

Great speech this from Lucas Leiva. Really encapsulates what you want from someone playing for Liverpool FC. pic.twitter.com/nkUeTH6R9P