Turkish Football
Home Galatasaray Burak in race against time to be fit for Galatasaray's clash with...
Facebook
Twitter 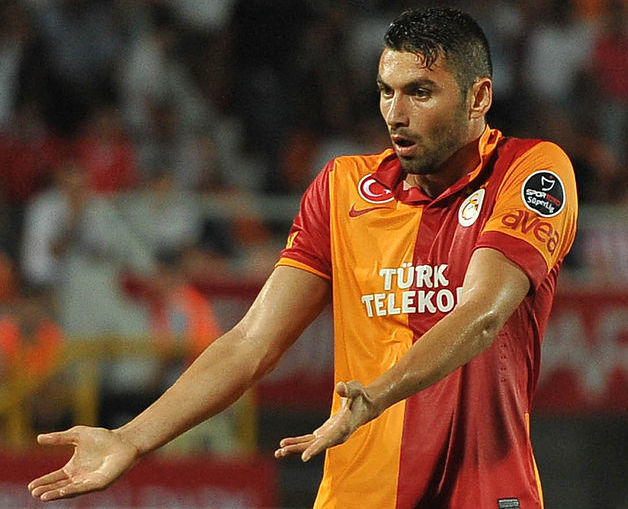 Burak Yilmaz is in a race against time to be declared fit for Galatasaray’s clash with Fenerbahce on Saturday.

The 29-year-old striker missed Turkey’s two qualification games due to a foot injury and now is a major doubt for his clubs crucial derby game against rivals Fenerbahce.

Yilmaz was unable to complete training on Tuesday and a decision regarding his fitness will be made on Thursday.

Galatasaray manager Cesare Prandelli has stated that he will not risk Yilmaz and will only play him if he can complete training with the rest of the team.

Yilmaz has scored five goals and made one assist in eight games in all competitions for Galatasaray this season.