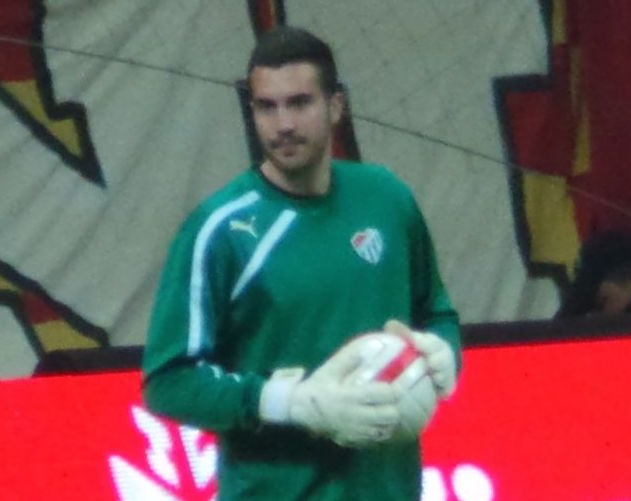 Bursaspor’s goalkeeper Harun Tekin has attracted the attention of clubs from Italy and Spain according to a report from Eurosport TR.

The 25-year-old keeper put in an impressive performance during his sides 1-1 draw with Rizespor on the weekend. The young keeper had to pull of a string of important saves, including a penalty following Serdar Aziz’s red card.

The Eurosport TR report states that teams from Italy and Spain have sent scouts to monitor Harun’s performances.

Harun has made 28 appearances for Bursaspor this season and has kept nine clean sheets.

Bursaspor currently sit in fifth place in Turkish Super Lig with 34 points in 21 games. The Green Crocodiles take on Mersin Idmanyudu this weekend at the Bursa Ataturk Stadium.

Harun Tekin is sure to be tested against Mersin who have scored 12 goals in their last three games in the league.