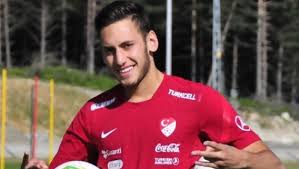 Bayer Leverkusen star Fatih Terim revealed that he was disappointed at being dropped from the Turkish national team.

Terim has been heavily criticised for the decision and sparked further controversy when he called up Gökhan Töre.

Töre, Toprak and Çalhanoğlu were involved in an altercation last year which resulted in a gun being pulled on the Bayer duo.

The incident sparked outrage but Terim has decided to forgive Töre at what seems the expense of Toprak and Çalhanoğlu.

Çalhanoğlu is one of the most highly rated Turkish players. The 20-year-old was named best young player of the 2013/14 season by leading German football magazine 11 Freunde.

The €14.5 million Bayer signing has five goals and six assists in 16 appearances for his club this season.