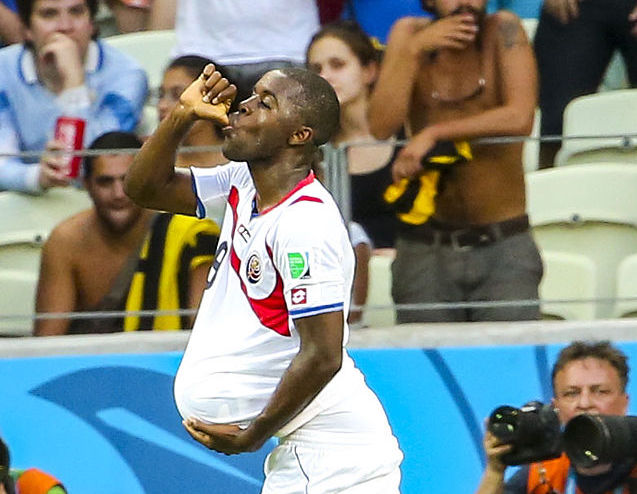 Galatasaray target Joel Campbell still has a future at Arsenal despite struggling to get into the first-team according to Arsene Wenger.

“But I cannot guarantee the happiness of every player. I try to make everybody happy,” Wenger said.

“I personally love Joel Campbell and have a big respect for him and I wish every day that he is happy from morning till evening.

“We have all got to deal with our problems.”

However, Campbell has made just two Premier League appearances this season despite Arsenal facing a mounting injury crisis.

The 22-year-old has already had three loan spells since joining Arsenal but Wenger decided to keep him at in London this season after a series of good performances for Costa Rica at the 2014 World Cup.

Galatasaray have been keeping tabs on Campbell for the past two-seasons and were close to agreeing a deal with the Costa Rican international this summer.