Celta Vigo winger Emre Mor traveled to Istanbul today ahead of completing his move to Galatasaray.

Mor shared a photograph on his Instagram stories on the airplane before his trip to Turkey. 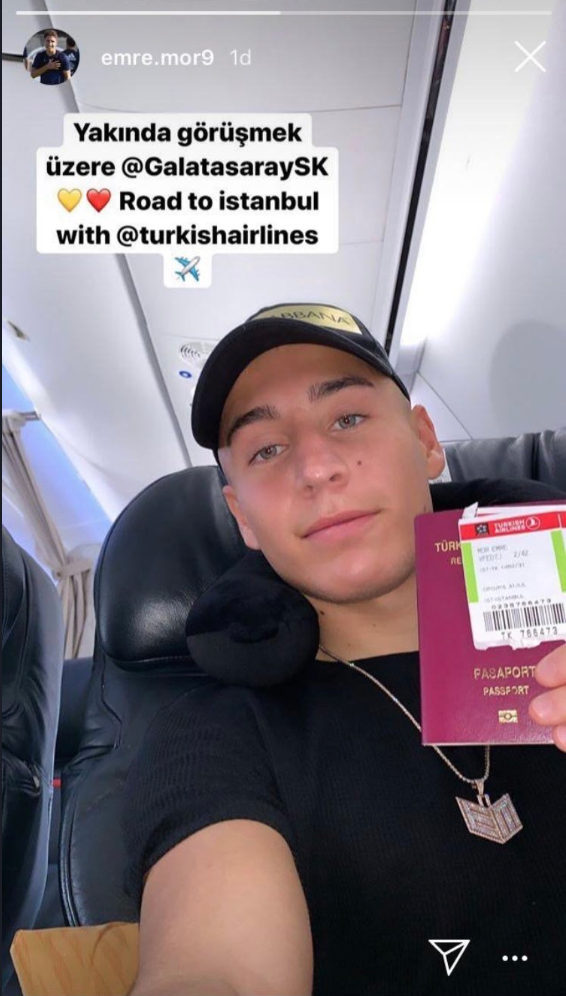 The Lions meanwhile, released an official statement announcing that they are in talks with the La Liga outfit.

Turkish clubs listed on the stock exchange are obliged to disclose official transfer talks before announcing a deal.

Turkish-Football reported on Tuesday that Mor has already agreed terms with Galatasaray and that the transfer will be announced soon.

What remains unclear is who negotiated the deal. Mor was involved in a bizarre exchange on social media with WBD Capital CEO Erik Alonso.

Alonso claimed yesterday that an agreement was reached between Celta Vigo and Galatasaray and that he negotiated the deal.

Mor denied knowing the agent on his official Instagram page.

Alonso hit back on Twitter saying that Mor will ‘be aware of who this is’ and that all that remains is for personal terms to be agreed.

Emre, you will be aware of who this is. The negotiation between Celta and Galatasaray has been successfully negotiated by me. Remaining now is for you to agree your contract with Galatasaray.