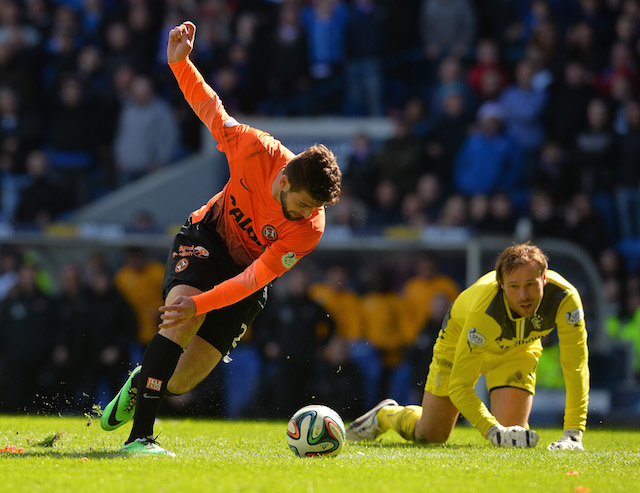 The Scottish Champions Celtic have completed the transfer of Nadir Ciftci from Dundee United.

The Glasgow based side had a £1.5 million bid accepted earlier this week for the Turkish international.

Ciftci has put pen-paper on a four year contract with Celtic. He is the Scottish club;s fourth transfer this summer following Dedryck Boyata, Saidy Janko and Logan Bailly.

According to the football website Club Call, Swansea City, Queens Park Rangers, Rotherham, Wolves, Huddersfield and Charlton all expressed an interest in the Turkish striker.

Çiftçi was in impressive form for Dundee United last season scoring 12 goals in 34 league games. The Turkish striker was the forth top scorer in the Scottish Premier League

The 23-year-old has previously played for Portsmouth, Kayserispor in Turkey and NAC Breda in Holland. Çiftçi joined Dundee on a free transfer from NAC Breda last summer.

Çiftçi was named in the PFA Scotland’s Scottish Premiership Team of the Year for 2013/2014 season.