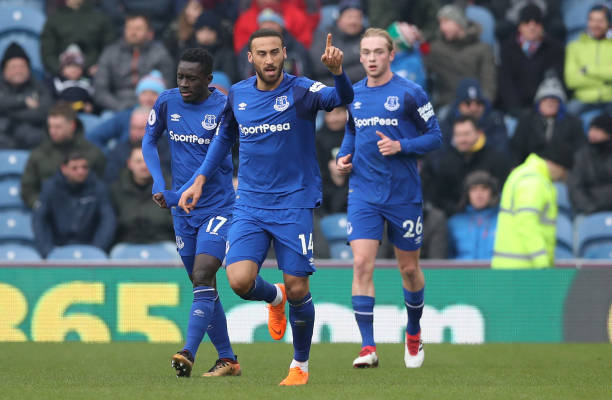 It is difficult to think but there was a time that it looked like Cenk Tosun was not going to work out at Everton.

After starting his first two games and struggling for form, service and fitness he was benched for four games.

Comparisons to Davy Klaassen started being made, there were genuine fears that he was going to struggle.

Then Dubai happened, he got up to speed with the Premier League, settled in more and has now scored four goals in his last three games.

Tosun singled out Everton fans as being one of the big driving forces in his return to form.

The Turkey international revealed how helpful the supporters have been in getting him to settle in and the motivation they provide – he even praised the Tosun chant.

The 26-year-old described his first Goodison Park goal in the 2-1 win against Brighton as being one he will never forget.

“The fans have been a big help, they are really special and welcoming here,” Tosun said.

“I will never remember my first goal at Goodison Park against Brighton, my hairs stood on end and the crowd went wild.

“I love the Tosun chant, it really gets me going.”

Tosun is currently on international break with Turkey and will play Ireland followed by Montenegro before returning to England ahead of the Premier League clash against Manchester City at Goodison Park.

Can he score for his fourth successive game? A home goal against the Premier League leaders… now that would be special.