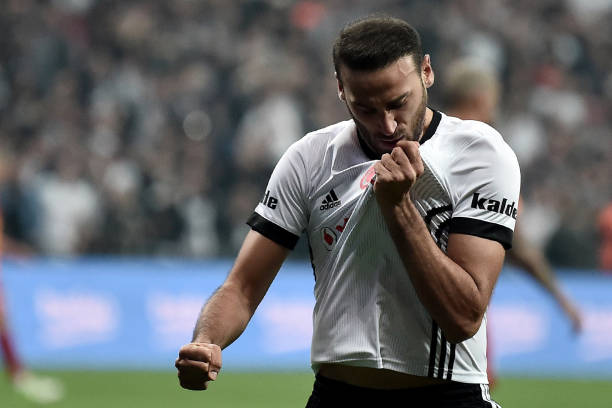 Besiktas beat Genclerbirligi 3-0 at the Eryaman Stadium in the Super Lig on Monday.

Rachid Ghezzal opened the scoring on four minutes with a stunning long-range strike.

Everton loanee Cenk Tosun started on the bench but was substituted on for Vincent Aboubakar on 62 minutes.

Tosun ended up scoring in his first league game for the Black Eagles on 89 minutes and bagged a brace just a minute later.

The Turkey international struggled for playing time at Everton this season scoring just one goal in the FA Cup and making just five Premier League appearances.

Tosun does still have another season left on his Everton contract and will return at the end of the season once his loan stay ends.

The victory saw the Black Eagles join Galatasaray and Fenerbahce on 51 points at the top of the table.

Besiktas are currently second in the league on goal difference behind Galatasaray and ahead of Fenerbahce.